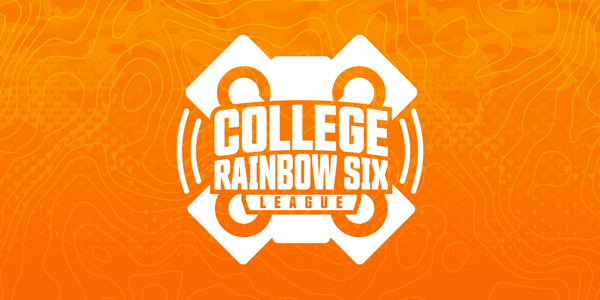 Space Productions pioneers a new collegiate league focused on allowing students to focus on their schooling first, and competition second. Through flexible scheduling and efficient tools to get players in their matches quickly, College Rainbow Six League (CRSL) ran for one year,managed over 1000 students, awarded over $5000 in scholarships, partnered with Coolermaster and NVIDIA and was featured at Dreamhack Anaheim.

Founded on the core value of enhancing a student's education through competition. Space Productions served as the product owner for the entirety of CRSL’s existence and was responsible for league operations, student recruitment and broadcast.

Season 1 of CRSL pioneered new concepts within the collegiate space, exploring a qualification process to assure that the best teams advanced into the exclusive 32 team invitational. The qualifying teams advanced to a shortened season in a round robin format. Teams were given a full schedule at the beginning of the season, allowing a better competitive environment for students to schedule their games around their class schedule weeks in advance.

With the first season behind us, season 2 of College Rainbow Six Leagueaimed to  provide the best experience  for players within the Collegiate Rainbow 6: Siege scene. In order to boost engagement and provide players with an incentive to compete, Space Productions partnered with Cooler Master and Nvidia to provide video cards and hardware to the winners. Season 2 iterated on the qualification process. 1 Live in-person qualifier, 6 Online qualifiers, and invited teams from Season 1. The in-person qualifier took place on stage at DreamHack Anaheim, establishing it as the first ever collegiate Rainbow 6: Siege LAN tournament.

In season 2 Space Productions set out to rival the amateur and professional scenes with tournament and broadcast quality. We expanded our staff team to 9 members, including a complete observer team. The observer team captured and recorded all 7155 minutes of non broadcasted gameplay that occurred through group stage and playoffs. Every recorded or broadcast minute of gameplay was then uploaded to a YouTube channel as a public archive. Capturing every match moment wasn’t our only goal. In season 2 we wanted to provide the players with the best experience possible. We strengthened our admin team to reduce ticket time to below an average of 5 minute response time and provide competitors with all critical match and schedule information before the season even started.

We knew that Season 2 wouldn’t rival the amateur and professional scenes without a live LAN event. To capture a unique experience to the Collegiate Rainbow Six: Siege scene, we partnered with DreamHack, Nvidia, and Cooler Master to host the last of our league qualifiers in person at DreamHack Anaheim. The Space Productions team mobilized and traveled from all over the country for the event. A live event activation allowed us to further level up our production; at DreamHack Anaheim we provided competing teams a truly professional opportunity complete with professional headshots, player bios, and stage time. Packaged together with a live broadcast, it gave the players the experience of being a professional and creating lifelong memories.

DreamHack Anaheim was a success as the first LAN in the Collegiate Rainbow Six: Siege scene. We wanted to offer this opportunity to the teams who showcased their prowess and skill throughout the season. Moving into the group stage of Season 2, Space Productions had planned to host the finals in person. A live final would allow us to push further beyond than ever before, unfortunately Covid 19 cut that dream short. Campus lockdowns prevented students from reaching their computers. During difficult times, we wanted to provide an escape for the students competing in season 2. Introducing increased flexible scheduling policies allowed players to have a better experience in navigating competition during this time. To account for increased scheduling flexibility, the observer team doubled down on forming closer relations and worked with teams to create plans and times for matches. The observer program flourished in flexible scheduling, allowing the team and the observer to pick their match times.

Covid 19 stress tested our flexible scheduling. Every team knew all of their match ups at the start of season 2 and allowed the admin team to exercise our flexible scheduling policies. Even during turbulent times over 95% of Season 2 matches were played out in full. Without another live event, the league mobilized to provide a spotlight to all of our competitors. We gathered fun facts, major path, career goal, and a plethora of information to give each student time in the spotlight and make broadcasted matches more personable.